How Psychiatric Symptoms Can
Impact Work 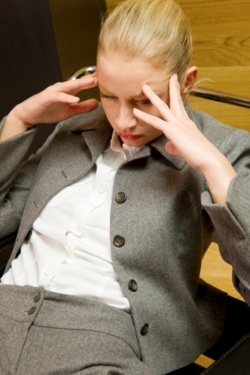 Using combined data from three national databases, University of Albany researchers looked at the relationship between mental health symptoms and work-related outcomes—for example, being employed or number of work absences. The analysis used a novel statistical modeling approach that captured the effects of mental health symptoms in individuals, whether or not they had clinically diagnosed psychiatric disorders.


Further analysis suggested that significant numbers of Americans did not meet diagnostic criteria for depression or anxiety, yet still had similarly poor mental health as diagnosed individuals. Depression symptoms had a greater impact on workforce participation than anxiety symptoms. Symptoms of panic attack and social phobia did not seem to have a significant impact on work outcomes.

The study comes at a time when clinicians and policymakers are increasingly skeptical about the usefulness of categorizing psychiatric disorders. Patients with mental health issues are usually treated according to their symptoms, rather than any diagnosis. Social Security and other disability programs with skyrocketing enrollments also focus less on diagnoses and more on individuals' capacity for work.